Another 'off-year', the one-off ‘WOMAD in the Vales’ was held at McLaren Vale Oval on Sunday 15 March, as a one day feast of music and local produce to celebrate the end of Robyn Archer’s 1998 Adelaide Festival of Arts. 1997 festival highlights Shooglenifty returned to the WOMAD stage, and Geoffrey Oreyema made his 3rd appearance at the festival. Some of the artists on the bill also played at the amazing Adelaide Festival club that year, 'The Squeezebox'.

"... the programming of the WOMAD in the Vales event was near perfect" - David Sly, The Advertiser

"If music is the elixir of life, then the WOMAD in the Vales artists found their cup running over at McLaren Vale..." - David Sly, The Advertiser

WOMAD in the Vales 1998 Lineup 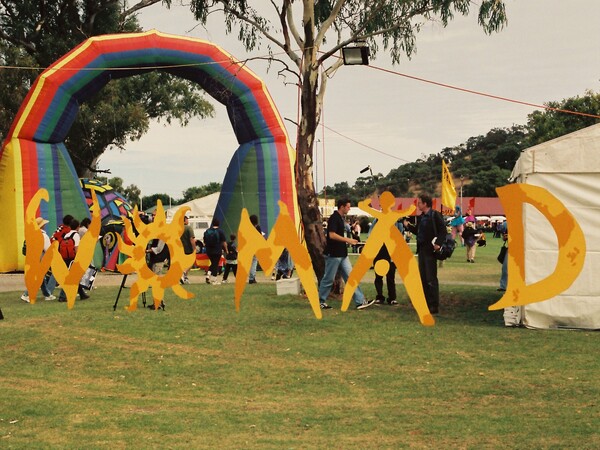 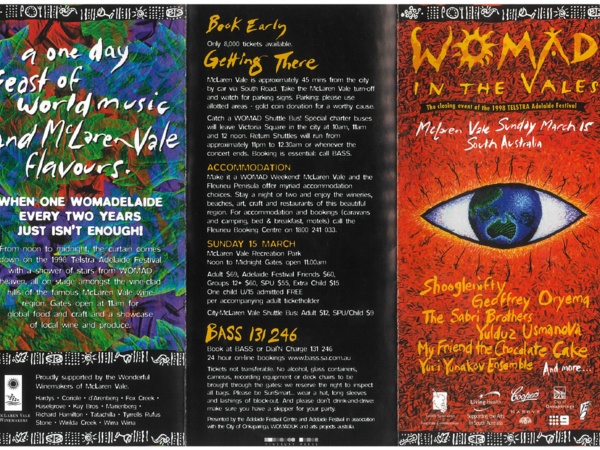