WOMADelaide 1993, festival number two, was the first year of WOMADelaide being established as a standalone, biennial festival. It was also the very first time in Australia for festival highlight, headliner Peter Gabriel, the founder of the WOMAD and Real World organisations.

Festival highlights included Sheila Chandra, Yothu Yindi, Mahlatini & the Mahotella Queens and Galliano. The weekend brought ideal festival weather, with temperatures hovering in the mid 20s across the three days. The after party, which was open to the public, featured Galliano and was held at Synagogue nightclub in the East End.

"This park must be one of the best outdoor festival venues in the world ... It is a life-affirming event and, just for the record, it also offers three days of great music" - Bruce Elder, The Sydney Morning Herald

"Before last night was over, it was obvious, for music and happiness at least, that WOMADelaide is a winner. Wonderful" - Paul Lloyd, The Advertiser 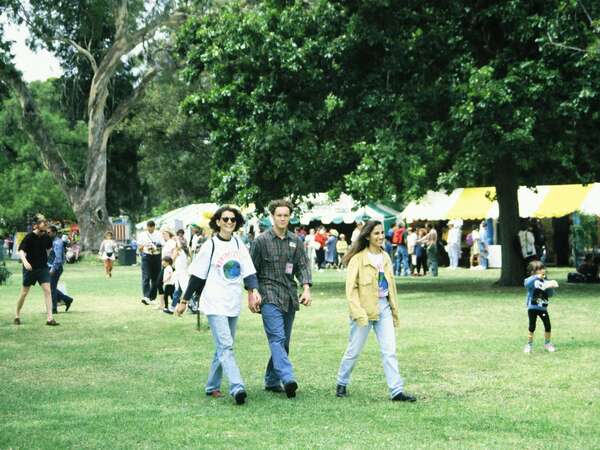