Word had passed around by the festival's third instalment, with attendances at WOMADelaide 1995 jumping to 55,000, from a high of 33,000 in 1993. An unusually hot and humid evening met audiences on opening night, culminating in a rapturous end-of-night performance from ledgendary qawwali singer Nusrat Fateh Ali Khan. Other musical highlights across the weekend were a (very-late-on-stage) Gil Scott-Heron, the chaotic Leningrad Cowboys, the influential Congolese musician Papa Wemba and local favourites The Cruel Sea.

Stage 4 was added in 1995, as well as The Virtual Artists’ internet tent - at the time, a "futuristic component" of the program with the now-familiar Netscape and CUCME (early video conferencing software) launched that week. The Discovery Channel made a documentary on WOMADelaide's whiz-bang 10MB connection to that strange new beast, ‘the internet’.

"WOMADelaide remains one of the best-organised and most musically satisfying festivals in the country... [it] is an annual pilgrimage for those who love music which is performed from the heart and which can touch the very essence of the soul" - Bruce Elder, The Sydney Morning Herald 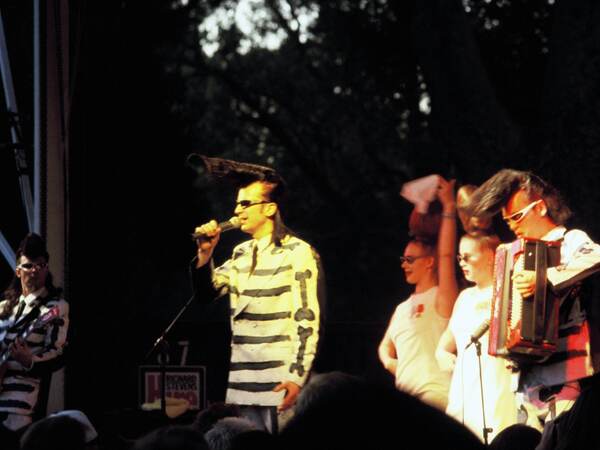 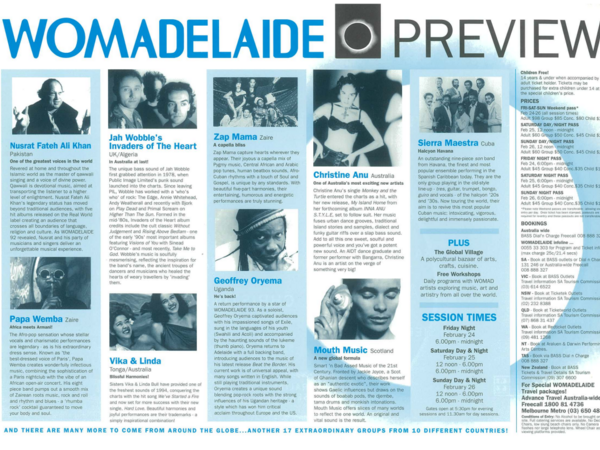